the provider of special services to the marine industry, specialized in heavy lift operations

For the conversion of two FPSO units for the Kaombo field, Bluewater has engineered and constructed two 3400 mt mooring turrets. Both turrets were constructed in two parts and had to be transported from the construction yard in Abu Dhabi to Singapore.

Marine Heavy Lift Partners where asked to make the designs for the grillages, load spreaders and sea fastening for the transport. To design the steelworks as efficient as possible a motion response analysis with route simulation was carried out. This gave us better insight in the transport forces and allowed us to use more optimistic design criteria. The grillages itself were multi-purpose steel frames that had to perform as a construction platform for the turret, as a transport frame for the ro-ro load-out and as a load spreading frame on deck of the flat deck carrier the Korea Express.

Back to our projects 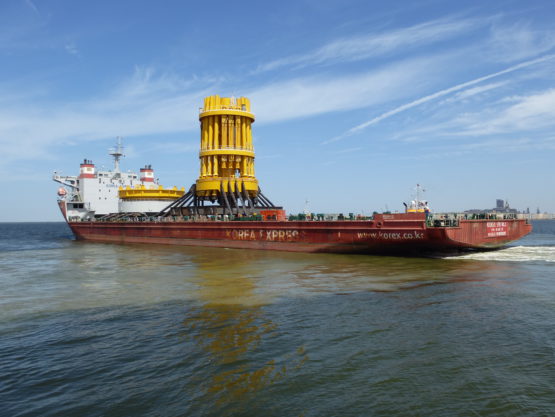 Back to our projects